Department of Bioorganic and Biological Chemistry

HISTORY OF THE DEPARTMENT

Biological chemistry as an independent science and discipline – physiological or medical chemistry – was formed in the second half of the XIX century on the basis of the general development of natural sciences and the usage of the laws and methodology of organic chemistry for the investigation of living organisms. The Department of Medical Chemistry (nowadays the Department of Bioorganic, Biological and Pharmaceutical Chemistry) was established in 1863, shortly after the foundation of the Faculty of Medicine at the St. Vladimir University in Kyiv. In different years, the department was headed by such scientists as A.O. Schaeffer, O.A. Sadovny, S.S. Kravchenko, S.V. Fomin, S.I. Vinokurov, D.L. Ferdman, R.V. Chagovets, E.F. Shamray, Yu.V. Khmelevskyi, Yu.I. Gubskyi. 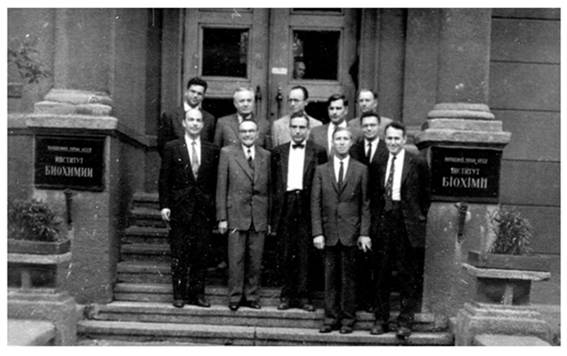 The first head of the department was Professor O.O.Shefer, a graduate of Moscow University, who in 1861 defended his doctoral dissertation “About the effect of sulfuric acid on protein substances”. The scientific works of the department, which from 1863 to 1886 were conducted under the guidance of Professor O.O. Shefer, were devoted to the study of the proteins properties, the chemical composition of blood, the biochemistry of digestive processes. Also one of the first in Russia and Europe textbook “Course of physiological chemistry” was published (1881).

In the period from 1922 to 1932, the Department of Biological Chemistry (then the part of the Kiev Medical Institute) was headed by Professor S.S. Kravchenko, who focused teaching and research work at the department on improving the quality of teaching biochemistry.

From 1932 to the present time, the Department of Biological Chemistry has been headed by the students of Academician O.V. Palladin and their followers, who have directed scientific researches to solving topical problems of metabolism, healthy and diseased human body, as well as the development of metabolism normalization through the use of vitamin preparations, coenzymes, antioxidants and other biologically active substances. 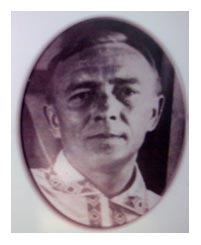 During the war and evacuation, professor B.M. Koldayev headed the department, and in 1942 S.I. Vinokurov returned as the second professor, who in 1941 – 1942 headed the Department of Biochemistry of the Astrakhan Medical Institute. During this period, research work was focused on the practical medicine. Professor B.M. Koldayev, in collaboration with academician O.V. Palladin and military hospital staff, conducted a series of studies on the exchange of vitamin K and its implementation in the practice of treating the wounded. Professor S.I. Vinokurov, assistant A.I. Apasova, assistant Z.G. Bronovitsk proposed a new method of making keratinized vaseline, which accelerates wound healing.

Since the fall of 1944 the department was again assigned to Professor S. Vinokurov, and the position of professor of the department was occupied by Professor B. M. Koldayev, corresponding member of the USSR Academy of Sciences D. L. Ferdman, academician R.V.  Chagovets, who at the same time headed the departments of the Academy Sciences Biochemistry Institute of the USSR. The first year of working after the return of the CMI for evacuation was fully used to establish a pedagogical process. However, next year began serious scientific work. 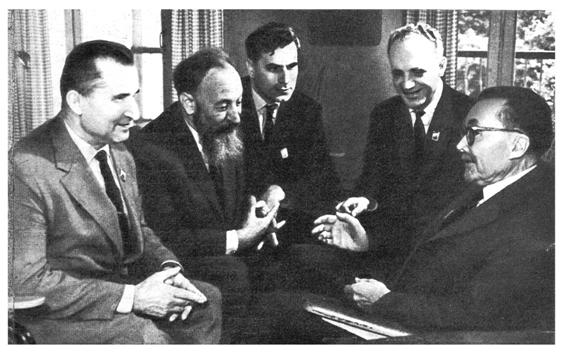 Between 1945 and 1955, more than 70 research works were published, mainly devoted to the issues of intermediate metabolism of ascorbic acid and biochemistry of nervous tissue; the problem of biochemical mechanism of antibiotics action in higher plants was also developed. 10 candidates and 1 doctoral dissertations were defended.In these years, a correlation was found between the changes in the intensity of dehydroascorbic acid restoration and the development of C-hypovitaminosis in various pathological conditions. The existence of the placental barrier in the transition of vitamins from the mother to the fetus is shown for the first time, and the dynamics of their delivery with the mother’s milk is studied. These studies were used to develop rational nutrition schedule for pregnant and lactating women (Y.V. Khmelevsky). An enzyme system has been found in animals to catalyze the conversion of dehydroascorbic acid into 2,3-diketo-l-gulonic acid. 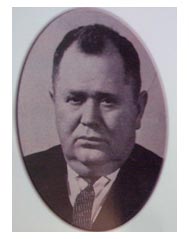 In 1955, Professor E.F. Shamray, Doctor of Biological Sciences, headed the Department of Biochemistry. E.F. Shamray’s scientific activity was devoted to the study of the mechanism of biological action in plant’s polyphenols, vitamins C and P, the justification of the vitamins clinical usage, as well as the creation and introduction of new vitamin preparations. Under his supervision, 12 doctoral and 65 PhD dissertations were completed. He has published more than 140 scientific works. For his merits in the development of medical science, Professor E.F. Shamray was awarded the title of Honoured Scientist of the USSR.

In the process of studying, the mechanism of action of vitamins C and P it is shown that in plant cells ascorbic acid and polyphenols create a single complex. This became a theoretical prerequisite for the creation of a new drug galascorbin, which has been widely used in medical practice with the aim of normalizing energy metabolism disorders in cells with pathological conditions. The features of thiamine metabolism in various hypoxic conditions (myocardial infarction, etc.) were also investigated. Age-specific features of energy metabolism and its regulation in the myocardium have been established (L.N. Bogatska, MD). Mechanisms of action of parenteral administration of proteolytic enzyme preparations on metabolic processes have been studied and ways of their application in medical practice have been worked out (K.N. Verimiyenko, MD).

Much attention was paid to improving the educational process, bringing it closer to the requirements of medical practice. Under the guidance of Professor E.F. Shamray, a workshop of organic and biological chemistry, a textbook “Clinical biochemistry”, a collection of scientific works “About the problem of the interaction of vitamins C and P” were published. 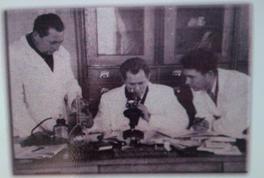 From 1976 to 1997 Department of Bioorganic and Biological Chemistry was headed by Doctor of Medical Sciences, Professor Yurii Khmelevskyi, laureate of the O. In. Palladin NAS of Ukraine, author of 210 scientific works. Under the guidance of Professor Y.V. Khmelevsky, the department studied the exchange of vitamins and coenzymes in the conditions of experimental pathological states (hypoxia, myocardial infarction, the action of ionizing radiation, hepatitis). New methods of vitamin therapy of cardiovascular diseases and hypoxic conditions have been developed and implemented in medical practice using complexes of functionally linked vitamins and coenzymes (Professors Yu. V. Khmelevsky, M.M. Epstein). The usage of vitamin therapy under conditions of action on the body of small doses of ionizing radiation is substantiated. New highly effective synthetic preparations of vitamin E are established. New study of the course of monooxygenase reactions under the conditions of chemical pathology of hepatocytes and E-vitamin deficiency has been started (Dr. Yu.I. Gubsky, MD). Monographs and manuals for doctors were published: “Vitamin exchange in cardiovascular diseases”, “Enzymatic processes and their correction in extreme conditions”, “Clinical evaluation of biochemical parameters during diseases of internal organs”, “Vitamins and age of human”, “Basic biochemical human constants in normal and pathological conditions ”and a workshop of biological chemistry. Under the guidance of Professor Y.V. Khmelevsky, 14 dissertations were completed. 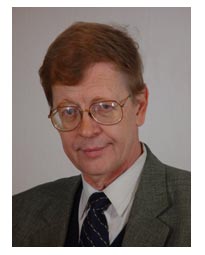 From 1997 to 2010 the department (since 1999 – Bioorganic, biological and pharmaceutical chemistry) was headed by the corresponding member of the Ukraine Medical Sciences Academy, Worker of Science and Technology of Ukraine, laureate of the Ukraine Medical Sciences Academy, Doctor of Medical Sciences, Professor Yu.I. Gubskyi, a leading scientist in the field of medical biochemistry, biochemical pharmacology and toxicology of physiologically active compounds, author of more than 300 scientific works, including monographs, textbooks, scientific directories. The scientific researches of the department were carried out in collaboration with the Department of Biochemical Pharmacology of the Pharmacology and Toxicology Institute, Ukraine Medical Sciences Academy, which Yu. I. Gubskyi heads since 1987. During the last 10 years the scientific direction of the department has been the development of biochemistry questions and oxygenase reactions pathobiochemistry, processes of microsomal oxidation, the role of cytochrome P-450 in the formation of free-radical metabolites of xenobiotics. Also was studied molecular mechanisms of cell membrane damage and its genetic material, the course of lipid peroxidation reactions,therapeutic and prophylactic usage of bioantioxidants (Candidates of Biological Sciences O.V. Zadorin and N.M. Yurzhenko), biochemical pharmacology and toxicology of anti-tuberculosis medicine (Doctor of Medical Sciences L.V. Gayova). Priority development of the corresponding member of NAMS of Ukraine Professor Y.I. Gubsky and the scientific school headed by him was a series of works devoted to reactions of lipoperoxidation in nuclear chromatin, free-radical damage of DNA,  the role of calcium ions in metabolic disorders under conditions of antioxidant insufficiency and action of highly toxic xenobiotics. Together with the staff of the Department of Biochemical Pharmacology of the of Pharmacology and Toxicology Institute, the Ukraine Medical Sciences National Academy, the peroxide-calcium theory of chemical damage of hepatocytes has been put forward and substantiated as the concept of the role of apoptosis as an alternative mechanism of cell death due to its toxic damage. It was developed an important field for scientific and general biochemistry, devoted to the study of the intracellular metabolism regulation problem with the participation of nicotinamide coenzymes, in particular post-translational modification of ADP-ribosylation proteins.

Due to the establishment of the Pharmacy Faculty at the Bogomolets National Medical University named in 1998, the department started teaching organic and pharmaceutical chemistry, as well as research in the field of pharmaceutical biochemistry. So, the scientific and practical questions of pharmaceutical analysis of medicines are developed on the basis of the Pharmacology Institute laboratory of the Ukraine AMS headed by him, Doctor of Pharmaceutical Sciences Professor O.O. Tzurkan; questions about  the synthesis and biological evaluation of new heterocyclic compounds with antitumor activity is studied by the candidate of chemical sciences O.V. Velchinskaya. 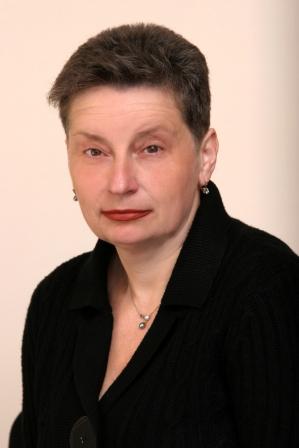 In 1981, she graduated from the Biology Department of the Kyiv State Taras Shevchenko University with a degree in Biochemistry.

From 1981-1984 she studied at the postgraduate course of the Kyiv Research Institute of Pharmacology and Toxicology, AMS of Ukraine, Department of Pharmacology.

1985 defended her doctoral dissertation on the topic: Antitumor activity and mechanisms of 8-substituted theophylline. From 1984 to 1989 was a junior researcher.

1989 was Senior Lecturer in the Department of Biological and Bioorganic Chemistry of the Bogomolets National Medical University. Since 1995 worked as a docent.

In 2007, she defended her doctoral dissertation on “Experimental-theoretical studies of the prospects for the use of vitamin B6 preparations in the condition of  isoniazid intoxication”.

By the resolution of the Special Academic Council of the Pharmacology and Toxicology Institute of the Ukraine Medical Sciences Academy she was awarded the scientific degree of Doctor of Medical Sciences in the specialty “Toxicology” on March 14, 2006.

Co-author of more than 50 scientific works about the problems of treatment of patients with tuberculosis and cancer patients, including monographs, methodical recommendations, copyright certificates, patents and programs in “clinical biochemistry” for dental and medical-psychological faculties.