Department of Hygiene and Ecology №1

Students’ scientific society is functioning at the department. Its coordinator is associate professor M.I. Boyko .

Ukrainian Students’ Competition on subject “ General hygiene ” was held at the department in 2004 and 2005 years .

Members of the society take part in Ukrainian Students’ Competitions on ecology on a regular basis .

Ukrainian Competitions of scientific works on natural and technical sciences, humanities has been held at the department in 2009-2011 years .

Winners and participants of National and International competitions are the following members of the society of the department :

Since the moment of the Department establishment the integral part of its work is educational work with students. Scientific society is one of the established forms of interaction between the scientific staff of the Department and talented students – future scientists. At the present time active members of the students’ society are the following students-activists:

In spite of direction of specialty (“curative affair”), the students should tended more to be members of clinical departments’ societies, but these students-activists do not forget about preventive direction of medicine and its hygienic basis. 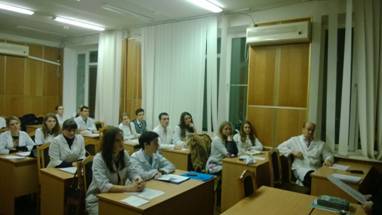 Participation of the students in department conference. 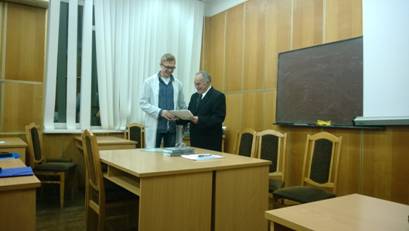