Department of Radiology and Radiation Medicine

The main direction of scientific work of the Department is development and implementation of new methods of radiological diagnostics of kidney diseases, cardiovascular and hepatobiliary systems, digestive system, and also study the influence of low radiation doses on human body and animals.

There are carried out such research works at the department:

2006-2007 -Grant of the State Fund for Fundamental Research of Ukraine “Endothelium-dependent mechanisms violation of vascular tone in the process of getting old and under conditions of the radiation factor and ways of their correction”.

2004-2006 – “Place of renoscintigraphy research in detection and determining the extent of the urinary bladder reflux in children”.

2008-2010 “Complex radionuclide evaluation of the morphofunctional state of the kidneys and of the urinary tract in the urinary bladder reflux in children”.

2011-2013 – “Radioimmunological methods in diagnosis and prognosis hemoblastosis”
2011-2013 – “Ultrastructure of the cardiovascular system under conditions of low doses of radiation ”
By materials of conducted in 2006 – 2010 the research published articles 227, received 18 patents for inventions.

The employees of the Deparment published 227 articles, received 18 patented inventions on the basis of the research that carried out in 2006 – 2010. 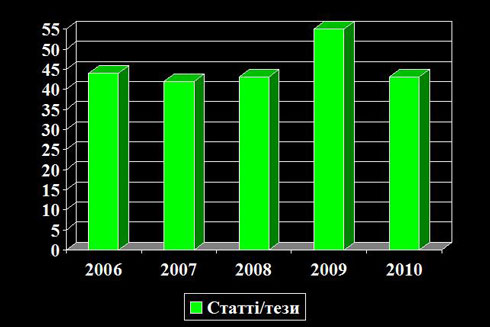 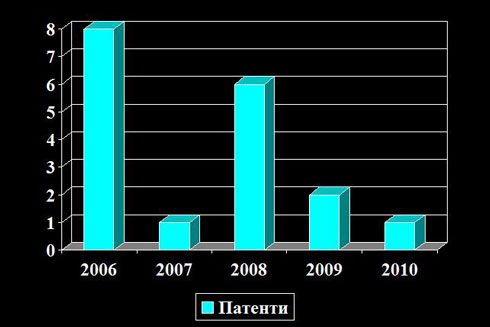 Over the last 5 years there were made 99 reports on the forums at various levels. Including the Head of the Department 31. 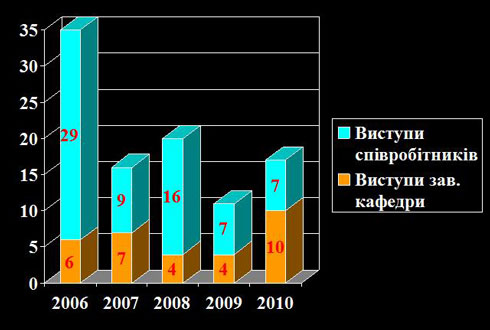