DEPARTMENT OF ORAL AND MAXILLOFACIAL SURGERY

The Department was founded in 1920. It is a reference in the specialty “Surgical Dentistry and Maxillofacial Surgery” of the Ministry of Health of Ukraine. The Department teaches students 2-5 courses of the Dental Faculty, prepares scientific and pedagogical staff.

Clinical bases of the department:

From 1998-2020 the Department published more than 1600 scientific works, received 135 patents for inventions, published 6 textbooks, 14 monographs, held 26 scientific and practical events in the field (including with international participation), published 26 collections of materials on congresses and conferences, 6 doctoral and 27 candidate dissertations, 8 master’s theses were defended.

The main activities of the Department

MAIN ACHIEVEMENTS OF THE ORAL AND MAXILLOFACIAL SURGERY DEPARTMENT OF

The Department took part in the following created in the USSR and in Ukraine:

– Dental Institute and Dental Faculty of KMI-NMU (all employees of that time);

– 4 Clinics of maxillofacial surgery for children and adults (Krasnoyarsk-Krasnodar-Kharkiv-Kyiv) and 4 regional and regional scientific societies of dentists in the USSR-Ukraine (in 1950-1980) – Y.Y. Bernadsky;

– All major modern educational programs, textbooks and technologies for training students and doctors in accordance with the development of the profession;

– In the integration of domestic maxillofacial surgery and its specialists into the world professional community (in 1992-2020);

– In the integration of curricula of domestic Maxillofacial Surgery and its specialists into the world curricula of students and the professional community (1964-2020);

– In creation of 3 places of corresponding members of NAMS of Ukraine on a specialty “Dentistry” in competition of 2003. instead of 1 place (for 25,000 dentists) – they were received by professors K.M. Kosenko, L.V. Kharkov, V.O. Malanchuk;

– For the first time at the Department received the Prize of the President of Ukraine for young scientists in 2017. (A.V. Rybachuk);

– For the first time in the history of medicine of Ukraine received the “State Prize of Ukraine in the field of science and technology” for 2019. ” in the field of “Medicine” (Dentistry) by two employees of the department from 7 members of the author’s team (V.O. Malanchuk, S.A. Schneider, O.V. Denga, M.S. Drogomiretska, I.P. Mazur, A.M. Lykhota, A.V. Rybachuk) from 4 state professional institutions (SI “IDMFS NAMS of Ukraine”, Bogomolets NMU, Shupyk NMAPE, MMA MD of Ukraine).

Employees of the Department took part in:

– Combat operations with weapons in hand during the Civil, Finnish, Great Patriotic War, other wars – employees of the relevant time in specific conditions;

– Treatment of the wounded (mostly in the face) during the wars (Civil, Finnish, Great Patriotic War, Afghan war, various local military conflicts, events on the Maydan in 2014, in the ATO-OOS and others) on the front, on the Maydan (2014), in medical hospitals and hospitals hundreds of thousands of wounded servicemen of the Red and Soviet armies, the Armed Forces of Ukraine, civilians of Ukraine (1918-2020);

– Work with students on liquidation in May 1986 consequences of the Chernobyl accident (V.A. Malanchuk);

– Made own repairs of 2 clinical offices and classrooms in the clinic of NMU in the amount of about $ 20,000, purchased equipment for the department in the amount of up to $ 2000 (1995-2018), about 55 textbooks and other book editions were published without university funds;

– Work in the state commissions for the investigation of plane crashes (Spitsbergen, 1996; Thessaloniki, 1997) – received gratitude from the Ministry of Health of Ukraine and a gift from the Royal Criminal Police of Norway (V.O. Malanchuk);

– Preparation of draft decrees, orders and instructions of the President on important issues of humanitarian policy of the state in accordance with specific instructions in the field of responsibility of the Department – biosafety, medical care, preventive and regenerative medicine, vaccination, youth policy, adoption of children deprived of parental care (including interstate), physical culture and sports, tourism (in 2002-2005) etc.;

– Monitoring the work of 4 ministries and 1 state committee of Ukraine on humanitarian work (2002-2005); improving the monitoring of the health of athletes of Ukraine, promoting the appointment of athletes to higher sports achievements of state scholarships; preservation of state ownership of the National Youth Health Camp “Young Guard” in Odessa (2003-2004);

– Registration and creation of the university clinic of Odessa Pirogov State Medical University (2003-2005) as a model for other institutes;

– Organization and holding of many state events of different levels, in state commissions in the areas of: medicine, biological security of the state, youth policy, education of children and youth, physical culture and sports, tourism, incl. green and international;

– Training of dentists for practical medicine and scientists for our country and many countries of the world (USSR-Ukraine) – all employees of the relevant time;

– A memorial plaque of prof. Y.Y. Bernadsky in Kyiv;

– The issues of scientific development and practical use of local anesthesia, local potentiated anesthesia, neuroleptanesthesia (NLA) and anesthesia in maxillofacial operations (1919-2020) were resolved; treatment of osteomyelitis of the jaws, tumors, fractures of the facial skull, congenital and acquired defects and deformities of the jaws (1919-2020), other diseases of the craniofacial area – all employees of the relevant time;

– Initiated international scientific professional cooperation of dentists, dental surgeons, maxillofacial and craniofacial surgeons, plastic surgeons of Ukraine, dental implant doctors with professionals from other countries (1964-2020) – all employees of the time;

– Provided admission of more than 80 experienced and young maxillofacial surgeons of Ukraine in EACMFS, IAMFS, AO, ICOI, to other professional associations of the world and their internships, training abroad (since 1964);

– The role of connective tissue in the pathology of the temporomandibular joint of man (in 2000-2012) and its projection on the iris (O.S. Volovar, V.O. Malanchuk, O.O. Kryzhanivska) was discovered;

– Implemented (2019) creation in NMU at the Faculty of Dentistry of a new educational specialty for 2nd year students of the faculty – “Introduction to Clinical Dentistry” (V.O. Malanchuk, O.S. Volovar, N.V. Bidenko);

– The image of the country’s physicians has been increased – to 3.5-4-times increase in the number of physicians awarded various state awards (in 2003-2005);

– Defended doctoral thesis – 27, candidate – 95; about 100 textbooks, monographs, collections of abstracts were published; received certificates of discovery – 2; copyright certificates of the USSR (about 55) and patents of Ukraine – only about 220; scientific publications – more than 2000;

– Prepared scientific and pedagogical staff (more than 10 people – prof. L.V. Kharkov, Assoc. prof. L.M. Yakovenko, 4-5 assistants, doctors and others) and the creation of NMU on their basis for the first time in Ukraine in 1994 new department – Department of the Oral and Maxillofacial Surgery of Children (Y.Y. Bernadsky, V.S. Kovalenko, the whole department);

– In 2015-2019 to create a Department of dentistry in NMU FPE was transferred from our department to the new department to 10 employees and trained promising youth (without discussion, coordination and consideration of the needs of our department) – reduced by 6 the number of clinical offices in the dental clinic of NMU, removed from the department 0.5 rate and Maxillofacial Department in City Kyiv Clinical Hospital of Emergency care, which significantly worsens the conditions of all types of work of our department.

Distinctions, achievements of the staff of the Department 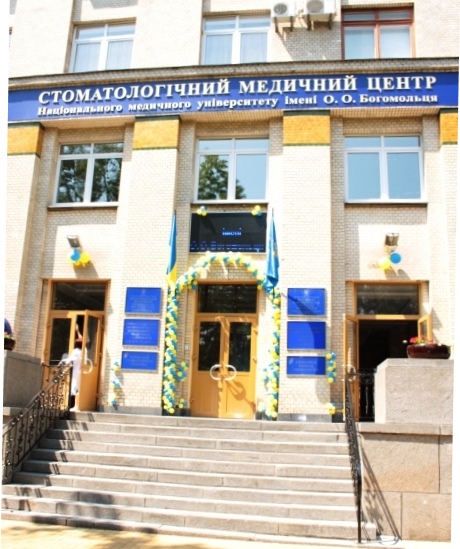 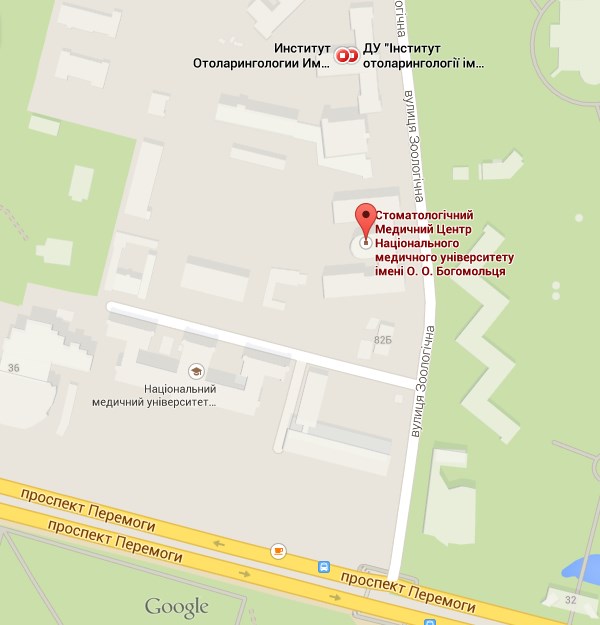