Department of General and Medical Psychology

Annually the Department Teaching Staff make the control of he process of writing the course works on General, age, social, medical and experimental psychology, and other relevant disciplines. The students of 2-5 year of study of the Medical Psychology Faculty have been involved in this type of work. The themes for course works annually reviewed and updated are corresponding with the future professional activities of the students.
Since 2004 according to the Rules and Regulations on the Implementation of the English-Language Education in NMU, the Department has actively started teaching of foreign students in English which has led to forming the full concept of the development of this type of the study and received the appropriate methodical base (with the participation of the Senior Lecturer, O.O. Lazurenko).
Since 2005, according to the main principles of the development of higher medical education of Ukraine in the context of the requirements of the Department of Bologna Declaration there has been worked out the educational programs for the discipline “Basics of Psychology. Basics of Pedagogics” and “Psychology of Communication”, as well as “Fundamentals of Social Psychology” and “Ethical Problems in Medicine” based on the credit and module system of educational process, the modern teaching materials have been developed and introduced into the educational process. The steps taken enable to provide the necessary level of teaching disciplines, to start a new training textbooks and manuals and the visual means of study, to develop their electronic versions and pc-programs for monitoring students’ knowledge on the number of disciplines.
Since 2010, at the KMSONP Department the faculties of Medical Psychology, Dental and Pharmaceutical Departments of O. O. Bogomolets NMU. The Department actively implements the typical programs developed on standard and optional subjects in the learning process. The role of the Department in the work of Advance Training Faculty (ATF) for the lecturers of higher medical educational institutions should not be left unnoticed (the responsible officialAssoc. Prof. V. Ye. Milerian).
Since the first days of its founding the Department has carried out the trainings of scientific personnel of higher qualification in the field of the medical education, has widely implemented into the pedagogical practice of HMEIS of Ukraine the results of its own scientific researches within the framework of the cycle “Higher Medical Education and Bologna Process”. With the participation of the Associate Professors including V. Ye. Milerian, V. A. Kyrychok, M.M. Filonenko the guidelines with the methodical recommendations for the students of ATF on projecting the credit-modular system of educational process have been developed. The Department has attracted the leading scientists of the universities and academic institutions of Ukraine to teach courses.
Practical training is an integral part of the training process of future specialists at the Department (the responsible lecturer T. A. Tamakova). The relevant contracts on practical training holding with the Kyiv City Children’s Hospital no. 9 and Road Clinical Hospital No. 1, as well as with Borderline and Somatoform Disorders of the Scientific-Research Institute of Social and Forensic Psychiatry and Toxicology Ministry o Health of Ukraine, with “OHMATDYT” Hospital have been signed. The Program of practical training and the System of the tasks that students have to fulfil during the time of passing such type of training have been constantly improved. Keeping the Diary of Psychological Observations wherein typical situations met in the process of the clinical interaction with patients should be recorded, as well as the students’ personal impressions and suggestions on professional training at the Faculty is mandatory requirement for students.
The Department has constant communication with the Institute of Psychology n.a. G. S. Kostiuk of NAPS of Ukraine.

In future on the basis of the Department of Psychology and Pedagogy it is planned to create some separate departments as follows: Age and Social Psychology and Psychotherapy and Psychological Correction, Psychodiagnostics and Experimental Psychology.
An important step for the development of the Faculty and the Department in whole under the support of the Rector of the University, Professor V. F. Moskalenko shall be opening within the organization structure of the University the Centre of Social and Psychological Assistance and Support to the Students and Staff as the powerful factor for stabilization and harmonization of the psychological state of people, that will be a positive impact on their successful life activities.
Thus, the Department of General and Medical Psychology and Pedagogy of the Medical and Psychological Faculty of O.O. Bogomolets National Medical University within a comparatively short period became in fact independent and strong link of the educational process, and there are all the reasons to be proud of high achievements made in the course of implementation of training the future comprehensively skilled medical personnel of the relevant profile, the successes in the field of scientific research of the priority issues. The Department accumulates the experience, develops itself and wins convincing popularity 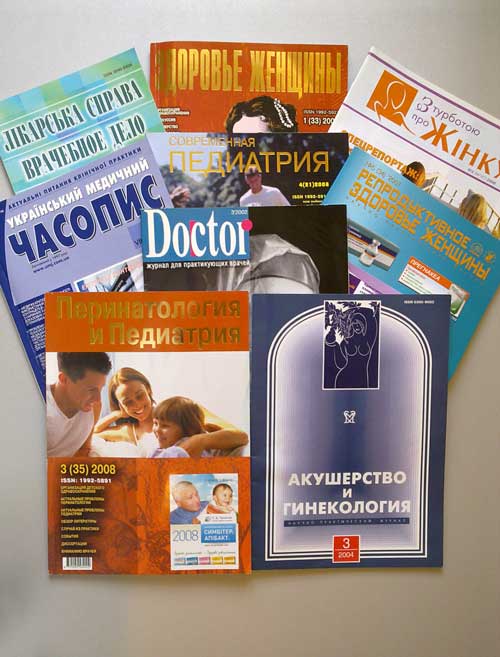