Georgiy Volodymyrovych Folbort. 120 years from the date of his birth 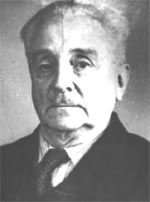 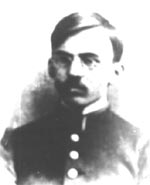 In 1903 on graduation from gymnasium, he faced the question what HEI to choose for future education? His choice was influenced by his grandfather – famous paleontologist Folbort. Namely this circumstance provoked boy’s interest to natural sciences and not coincidentally he chose Military Medical Academy which was famous with its professors and outstanding scientists.
Georgiy Volodymyrovych Folbort entered Military Medical Academy in 1903. His world view was formed among revolutionary disposed progressive student society.

Being at the first year of studies G.V.Folbort was impressed by brightness and simplicity of lectures of I.P.Pavlov. During the second year of studies G.V.Folbort addresses to I.P.Pavlov with a request to let him work under his guidance and for what he receives permission.
I.P.Pavlov invites the student G.V.Folbort to assist at his lectures. Since then and till the graduation the student Folbort didn’t miss any lecture of his teacher.
I.P.Pavlov offered to Folbort an individual subject of scientific work in the field of nutrition physiology.
In 1908 G.V.Folbort publishes “Materials to physiology of behavioral reflexes” and in a year he receives honors diploma of a doctor and stays as an institute doctor at the physiology department which corresponds to today’s postgraduate education.
I.P.Pavlov recommends G.V.Folbort the subject which concerns the study of possibility of behavioral reflex creation to central inhibitory state.
In 1912 G.V.Folbort successfully defends this work as dissertation for the degree of doctor of medical sciences and becomes the teaching assistant at the department of Military Medical Academy.
From 1914 G.V.Folbort is a prosector of the same department, in other words he becomes the depute of I.P.Pavlov.

– In 1916 G.V.Folbort becomes the professor of physiology department of Higher Stebutovskiy agricultural courses for women.

– In 1918 he was chosen a professor in ordinary – the chairman of physiology department – currently Stebutovskiy agricultural institute.
– In a short time he was appointed as a vice-principal and soon the principal of this institute.

At the same time G.V.Folbort continues his work at Academy; at his native institution he works as a teacher and often replaces I.P.Pavlov.
In the photograph of the great scientist presented to G.V.Folbort, there is a signature:
“To dear Georgiy Volodymyrovych Folbort for good memory from I.P.Pavlov”

In 1923 the estate Koltushi, situated near Leningrad, was given at I.P.Pavlov’s disposal.
Ivan Petrovych Pavlov appointed Folbort to the head of this experimental capability which soon became famous all over the world as a “capital of association reflexes”. 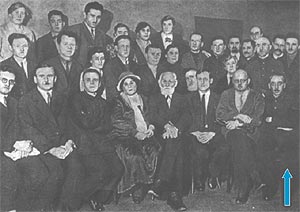 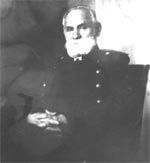 G.V. Folbort delivered the reports at the Vth International Congress of Psychologists (USA), lectured at Meyo clinic in Rochester, at the mental health clinic at Johns Hopkins University in Baltimore.
In 1934 G.V. Folbort became a corresponding member of the USSR Academy of Sciences.

In 1935 in Moscow and Leningrad there was the ХV International Congress of Physiologists the organizing committee of which was head by I.P. Pavlov and G.V. Folbort was appointed to the congress secretary.
G.V. Folbort was at home in German, French and English. He translated the scientific works of I.P. Pavlov into German and English.
In 1942 G.V. Folbort was awarded I.P.Pavlov Prize for achievements in the study of problems of depletion and revival of functional potentials. 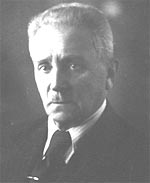 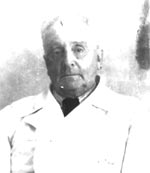 In 1946 G.V. Folbort at the invitation of the USSR Academy of Sciences Presidium moved to Kyiv where he was appointed to the physiology department head of the USSR Academy of Sciences Institute of Biochemistry and simultaneously to the head of the Department of Normal Physiology of Kiev Medical Institute.
Sometime later, G.V. Folbort moved from the Institute of Biochemistry to the Institute of Clinical Physiology, where he became the head of a large department.

On the photo there are colleagues of G.V. Folbort from the Institute of Physiology.

In complicated condition in the postwar years, thanks to the energy and talent of G.V.Folbort there was organized a scientific physiology laboratory at the Ukrainian Institute of Nutrition headed by M.I.Putilin.
These two physiological laboratories became a scientific basis for the staff of Physiology Department.
The main issue in which engaged the colleagues and followers of G.V.Folbort is the problem of problems of depletion and functional potentials revival of different organs and organism systems.

In 1951 G.V.Folbort became the academician of the USSR Academy of Sciences. He was awarded a Honored Worker of Science and Technology of the USSR.

In 1953 G.V.Folbort was awarded the Order of Lenin.
At that time G.V.Folbort was the author of more than 130 scientific works, prepared 45 candidates and 25 doctors of science.

In 1954 there was stopped a building of Morphological Department of the Medical Institute and the department of physiology instead of the adjusted building (Pushkins’ka Str., 22) moved to the good, large, equipped building.
There was built a vivarium designed by members of the Department. There was intensively developed the scientific and pedagogical work, training of scientific and medical personnel. 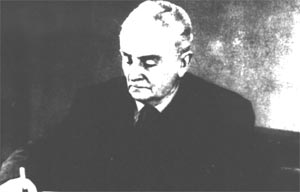 Till the last day of his life, Georgiy Volodymyrovych Folbort hardly worked, lectured, was the head of higher nervous activity and trophism department at the Physiology Institute of the USSR Academy of Sciences and the head of the KMI department, controlled the scientific work of students and colleagues. G.V. Folbort died on the 17 th April 1960.

Digestion physiology
1. G.V. Folbort developed the method of double biliary fistula in chronic experiments on dogs, which made it possible to:
– represent in a new light the processes interaction of bile secretion and its flow to a dodecadactylon;

– identify the interaction between the secretory and excretory functions of a liver;
– identify the role of chemistry in the activation of the internal environment of the food center and digestion behavior
2. Experimentally proved the influence of vegetable juice (beet, carrot, swede) as stimulating factors of humoral regulation of gastric secretion.
3. Proved the role of sympathetic nerves in the regulation of gastric secretion and its adaptive-trophic function

There are seven rules of Folbort which had identified the principles which form the basis of work qualification, development of depletion and revival processes and formation of optimal conditions for work and rest.
The principles of pointed out processes is the following regularity presented by Folbort:
“The organ work qualification is not his constant characteristic but it is determined at any given moment by the level near of which is ranged a balance of depletion and revival” .